From Common Core to Neurocore, the right candidate for Trumpian times…

After Betsy DeVos’ rocky confirmation hearing performance, she quickly became fodder for memes and late-night comic commentary. But what ya’ll are missing is that DeVos herself is in on the joke. As she prepares to take her spot in the *highest IQ cabinet ever assembled,* she’s the only cabinet member who has a real stake in raising your IQ—by 12 points. DeVos knows that in this, the age of alternative facts, no one gives a hoot about the difference between *proficiency* and *growth.* The testimonial is where it’s at. So Neurocore, the biofeedback company that she won’t be giving up on, has no research behind it. Who cares??? Neurocore changed Charles C’s brain and changed his life, and it helped football player Kirk Cousins take his game to the next level. If the plural of anecdote is data, then the plural of testimonial is franchises. To the brain rooms, reader, we’ve got qEEG data to collect and a national expansion to plan.

Before we get to how great Neurocore is, let’s take a quick look at how easy it is to retrain your brain. This won’t take long because it’s that easy.

At a Neurocore Brain Performance Center, our 45-minute neurofeedback and biofeedback sessions take advantage of your brain’s ability to change – its neuroplasticity. With neurofeedback, you watch a movie that plays only when your brain speed is within the therapeutic range. When it goes out of range, the movie pauses, which tells you that something is out of balance. During the 30-session program, your brain learns how to stop spiking out of range, and brain function improves. With biofeedback, you learn to breathe deeper and slower to maximize your heart function, allowing proper blood and oxygen flow. 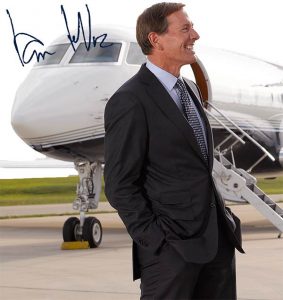 I told you it was easy, and best of all it works! More than 10,000 adults and kids have been Neurocored for long-term improvements, including getting smarter and no longer having to take meds. But don’t take Neurocore’s word for how great Neurocore is, or the word of the, um, *doctor* behind the brain retraining train. Let’s hear from someone who experienced for himself how life can be transformed thanks to Neurocore’s non-invasive, brain-strengthening neurofeedback program. Like Betsy DeVos’ brother-in-law Dan DeVos, who is now working with more energy and focus as he explains in this Neurocore testimonial. Note: Amway employees and their families are now eligible for a Neurocore Diagnostic Brain Assessment for $100 off the regular price, which I believe is referred to as *multi-level marketing.*

Now for the bad news: brain retraining doesn’t come cheap. Collecting qEEG data to identify neurological weakness, developing a personalized brain performance plan and restoring the brain to optimal functionality, all the while being monitored in a brain room will set you back $2200—which may or may not be covered by insurance. That’s bad news if you’ve got a stodgy insurer who insists on dated data metrics, like peer-reviewed studies (yawn). But wait—good news: Neurocore is now partnering with Prosper Healthcare Lending to assist clients with program financing. Also, be sure to ask a Neurocore team member about the Neurocore Scholarship Program. 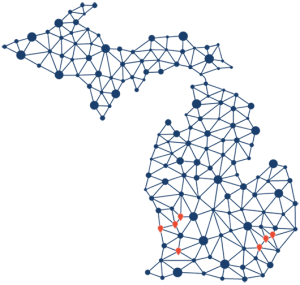 Seeing green
As I read more about Neurocore, I felt the part of my brain that houses my recollections about Michigan education scandals light up. Had I not just encountered an expensive and, um, experimental miracle cure that claimed to make students smarter? Indeed, I had. I speak, of course, of Integrated Visual Learning, the brain-child of one Steve Ingersoll, the optometrist turned Mitten state edupreneur who was recently sentenced to 41 months in federal prison for tax evasion. While Neurocore is laser focused on the brain’s *neuroplasticity,* Integrated Visual Learning or IVL trained its sights on the gateway to the brain: the ocular orbs. Students at Ingersoll’s charter schools were hooked up to a machine to see if their eyes zigged and zagged across a page of text from the usual left to right. If not, expensive *therapy* was in order. Like Neurocore, IVL posted impressive results as self-reported on its website. At Ingersoll’s charter schools, Ritalin prescriptions were dropping and test scores were rising as throngs of students made the transition to *visual learning.*

Say what?
Imagine my surprise, then, when on my travels through Michigan last month, I found myself in the offices of a charter school lobbying org, listening to a lobbyist explain that Ingersoll’s schools were actually shining stars in Michigan’s charter landscape. My own eyes zigged and zagged in response. *But the guy just got sent to jail!* I responded. But as was patiently explained to me, I’d been looking at the matter upside down. Ingersoll’s sentencing was proof that the system works—*checks and balances*—while the fact that kids at the charter schools continued to excel even as the founder of the Excel Institute was being led away in handcuffs, well, that was what we should be talking about… 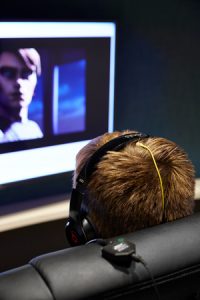 Two ends of the same cash cow
As Michigan State prof Mitchell Robinson explains here, the overlaps between the sordid saga of Steve Ingersoll and his experimental vision treatments, and the brain retraining of the DeVos-backed Neurocore, are obvious—even to the untrained eye. Both train right in on the apparently lucrative market of parents, so desperate to help their kids avoid the ADHD-drug trap that they’ll fork over thousands of dollars for *treatment,* even if insurance won’t pay for it. Ingersoll only got caught, by the way, because his criminality crossed over federal lines; in a robust education marketplace like Michigan’s, pushing questionable products onto desperate parents is just fine. Michigan officials were helpless to do anything, despite a mountain of complaints from parents and whistleblowing teachers at his schools, and the tireless work of local bloggers who worked to expose this *glistening, quivering underbelly* of edu-fraud to the light. Most tellingly, even as Ingersoll was under a restraining order, prohibiting him extracting yet more cash from his charter school cash cow, he and his business partners were peddling a *refreshed* version of their innovative curriculum.

Breathe deeply and sign here
Reader: if you felt your brain spike out of range whilst you were reading this, I recommend that you learn to breathe deeper and slower to maximize your heart function, allowing proper blood and oxygen flow. And focus on the fact that in addition to serving as our Secretary of Education, Betsy DeVos will also be propelling the expansion of Neurocore into a national brand. No longer will customers have to reside in the *excellent* states of Michigan and Florida in order to enjoy the benefits of brain retraining. Neurocore is currently evaluating other markets for expansion and will expand in those markets that *make the most sense,* and also cents. It won’t be long before you too will be working with more energy and focus, just like Betsy DeVos’ brother-in-law, who, as visual learners can immediately discern, has a plane. In the meantime, the wine box will have to do…