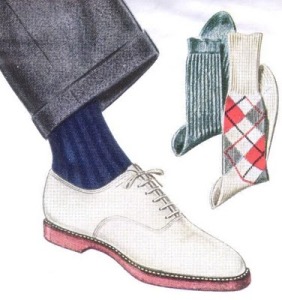 Quick reader: when is it perfectly appropriate to wear white after Labor Day? Why, when one is a legal eagle of the *white shoe* variety. This week, three of Boston’s whitest white shoe law firms, WilmerHale, Goodwin Procter LLP and FoleyHoag LLP, filed a class action law suit on behalf of the kids, vs the state’s charter cap—a  day that we secretly feared would never arrive due to the seemingly universally held opinion that the suit is a terrible idea.

Defend this!
The suit names as defendants the state’s education commissioner, Mitchell D. Chester, the nine members of the state Board of Education, board chair Paul Sagan and Secretary of Education James Peyser. That sound that you just heard, reader, was my fingers laughing whilst typing, a sentiment I think I also detected in this Globe story, which captures the irony that the defendants also happen to be amongst the most prominent proponents of charter schools in the state.

Peyser and Sagan are being targeted because they are responsible for enforcing the charter cap even though they, like Governor Baker, oppose it. Peyser is a nationally known charter school advocate who helped launch the charter school movement in Massachusetts. Sagan is a former chairman of Massachusetts Business Leaders for Charter Public Schools.

Say it with me: *justiciability*
So our defendants in a case alleging that the charter cap is a violation of students’ civil rights also happen to be wildly pro proponents of lifting said cap.  Are there any other ways in which this case is in fact the opposite of what it purports to be? Funny you should ask…It turns out that the case has nothing to 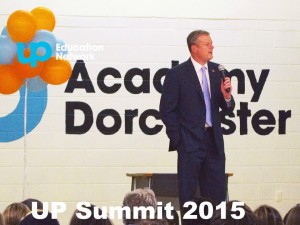 do with individual rights period—it’s actually a separation of powers case that will hinge on the concept of *justiciability.* I will tell you no more about this now as we have officially stumbled onto a terrain in which I am *needs improvement.* But suffice it to say that this is yet another reason for the decided lack of enthusiasm that beshrouds this case. You see, our white-shod friends have accidentally raised a topic that our proponent-defendants would prefer to eschew: the increasingly unequal state of school funding in Massachusetts, and the role that charter schools play in exacerbating that inequality, especially in poor districts. 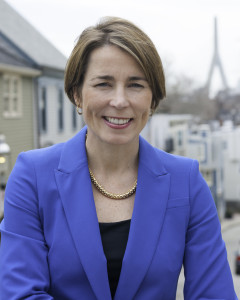 Can’t we just settle this thing?
OK—so our class action law suit is shaping up to be something shy of a class act. How about we just settle this thing by doing the one thing that everyone on both sides of the suit can agree on: raising the cap? Except that here is where our story takes yet another unusual turn. Representing our proponent-defendants in the case is none other than the state’s newly elected AG, Maura Healey. And just as the defendants aren’t typical in that they are actually proponents, Healey’s role in representing them isn’t the typical attorney-client relationship either. Allow me to quote from the 1977 case that established this principle:

The language of G.L. c. 12, s 3, its legislative history and the history of the office indicate that the Attorney General is empowered, when he appears for State officers, to decide matters of legal policy which would normally be reserved to the client in an ordinary attorney-client relationship.

In short: even if the defendants who are actually proponents decide to settle, Healey doesn’t have to go along with their decision. Oh, and did I mention that Healey previously headed up the civil rights division of the AG’s office? 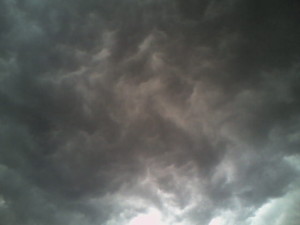 Bring in the clouds
Well, at least we can all agree on one thing: the timing of the lawsuit couldn’t be better, given that it caps off an incredibly busy cap-lifting season that now includes 1) a ballot measure, 2) Governor Charter Baker’s own promised charter-boosting legislation and 3) the establishment of a privately funded charter school *accelerator* in Boston that can quickly begin scaling up the *high-performing seats* once numbers one or two have gone into effect. What’s that Mayor Marty Walsh? The timing of the lawsuit *isn’t a good thing* as it threatens to *cloud the debate*? With what, per chance?

If there’s one thing that everyone involved in the incredible (and incredibly well-funded) push to expand charter schools in the Bay State really can agree on it’s that proponents—even those posing as defendants—fare best when they stick to vague platitudes about achievement, excellence and choice. Do NOT stray into specifics like Governor Baker did here recently. But the lawsuit is likely to produce exactly the kind of debate clouding details that charter proponents are so eager to avoid. You see, there’s this little thing called *discovery*…