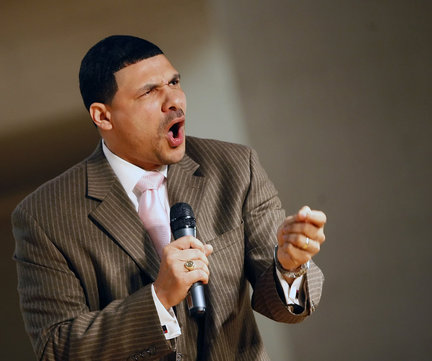 My year working for “America’s Most Trusted Educator”

The only way to lose a fight is to stop fighting. All this did was piss me off. It’s so on. Strap up, there will be head injuries.
— Dr. Steve Perry (@DrStevePerry) November 20, 2013

Folks in the national media are just beginning to take note of Dr. Steve Perry’s colorfully threatening metaphors and heated ‘no excuses’ rhetoric, but during my year as a teacher at Capital Prep, the school Perry runs in Hartford, CT, I had some of them directed squarely at me. 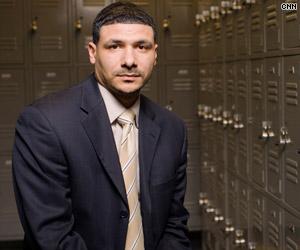 I first heard of Dr. Steve Perry back in 2010 on the Black in America special hosted by Soledad O’Brien. I agreed with his message that urban kids of color deserved schools as great as the ones in the affluent suburbs. I believe deep thinking and experiential learning are critical to developing active citizens in a democracy. I believe innovative classrooms with skilled teachers are crucial to the kind of society where all kids can thrive.

At the time I was teaching middle school English at a progressive grade 6-12 prep school in Hartford. I also coached lacrosse and served as an advisor to a small group of students, trying my best to become the consummate prep school ‘triple threat.’ I’d recently completed my master’s in curriculum and instruction and was happy in my position on a beautiful campus with warm, encouraging colleagues, and wonderfully quirky students. I myself attended a girls’ school in Fairfield County, CT, for six years and that experience has shaped my view of education as the great equalizer. 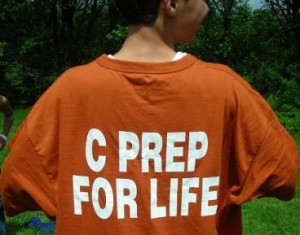 I heard about an open position at Capital Prep from a college friend who had interviewed but had ultimately taken a job in the suburbs. I sent in my resume in the middle of June, 2011 and received a phone call right away to come in for an interview and bring a lesson plan. Within days, I’d happily accepted a position as the ninth grade English teacher. The six-week summer session was about to begin and I couldn’t wait to teach The Alchemist, Romeo and Juliet,The Outsiders, alliteration, the hero’s cycle motif, prepositions…

But within that six week period, six teachers disappeared. I didn’t yet know this but such sudden disappearances were a regular occurrence at Capital Prep. After the December break, one of the best teachers in the school simply failed to return. I never found out if she’d been fired or had just become disenchanted with the place. By that point the shine was already off for me. Dr. Perry was gone constantly, traveling the country on paid gigs even as he was accepting his sizable salary. Once we went almost a month without paper in the copy machine with no explanation. 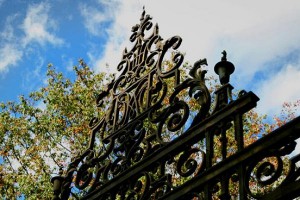 The school lacked the warm, fuzzy, familial atmosphere of any of my previous schools—not even the lower school which served small children as young as three—but I figured this was part of the ‘no excuses’ package. In morning meetings, Perry often talked about “franchising” Capital Prep. He was fond of the ‘If you’re not with us, you’re against us’ language that President Bush had used. Once, in the spring, after the girls lacrosse team lost a game to Fairfield, Perry went on a tirade about how the girls on our team were ‘disgusting’ and ‘out of shape’ compared to the lithe, slender, mostly white girls from down state. I was livid at this attack on teenage girls’ bodies and as I looked around the ‘bull pen’ it was the first time I saw that others were also offended by Perry’s rhetoric.

Perry directed his insults toward members of the Hartford Board of Education, the Hartford Federation of Teachers, even other principals. I could never figure out Perry’s obsession with unions, and as the daughter of a Teamster it didn’t sit well with me. What sort of jobs did he envision for his students after college? I wondered. After all, Perry himself belonged to a union. If our poorest students had parents with union jobs, steady wages and paid time off, they might be able to support their kids better, both financially and emotionally. I wondered how Perry, if he’d ever been a classroom teacher himself, might teach about the history of the labor movement.

Still I knew I needed to work on my classroom management. The easy going yet firm style that had come naturally to me at other schools didn’t work with a segment of my students at Capital Prep. When I finally got up the courage to speak to my supervisor about the rampant use of the ‘n’ word and other racially abusive language, he chuckled smugly, asking: “Did you grow up around a lot of black people?” I was taken aback, unsure of what he meant. 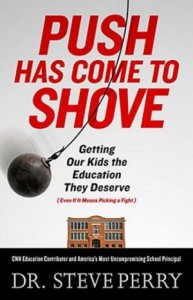 I laugh now, but the thought that I, the daughter of a truck driver who grew up in the projects, was having my ‘blackness’ and working class bonafides questioned by a white man from suburbia was beyond infuriating. I knew firsthand what kids from tough backgrounds needed to succeed. When I was 17 I lost my mom to breast cancer, then helped my Dad raise my two much younger brothers. I took out loans (lots of them) to attend grad school. And unlike Perry who lives in a McMansion in the suburbs, I actually LIVED in Hartford. Yet I was viewed as some sort of suburban ‘oreo’ who didn’t fit into Perry’s urban boot camp.

I made lots of mistakes, as beginning teachers do. I frequently called my mother-in-law, an award-winning 20 year English teacher herself. Something just isn’t ‘right’ about the place, I’d say through tears, followed by: “The emperor has no clothes!” In late February of 2013, Perry and his vice principal called me in to say that my contract wouldn’t be renewed. Perry told me I could either ‘resign with dignity’ or be fired and I was presented with paperwork to sign on the spot. Perry said, “If you make this difficult, it will be very hard for you to ever work in this state again.” I know now that I could have requested union representation, but Perry made sure teachers in his building weren’t informed of their union rights, just as he made sure we were kept away from other teachers in the district. In fact, when I applied to work at another Hartford high school the next fall, the principal told me that he was ‘not allowed to hire’ me because I had resigned from Capital Prep. I am still not sure whether or not that is true. 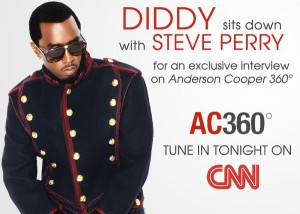 I am not ‘disgruntled’; I have nothing to gain. Perhaps I’ll be attacked as incompetent for sharing my experiences. I don’t have Hollywood or media connections like Steve Perry. I won’t be invited on Melissa Harris-Perry or to the Essence Fest with Soledad O’Brien or Steve Harvey. P. Diddy will likely never attend my book party. What I do have is my truth and the experiences of other quality teachers who were treated shabbily by Perry and his inner circle.

After Perry made headlines for his controversial tweet, I began speaking out, responding to blogs and news articles. A former colleague contacted me to say that she’d seen my comments and that I was “hurting the kids.” She told me that unlike me, she stands “for all 732 kids there.” But as far as I’m concerned, I stand for all of the kids in Hartford, not just the ones ‘lucky’ enough to have a parent working at Capital Prep or for Central office, or ‘fortunate’ enough to be related to Perry or one of his close pals.

There are great kids at Capital Prep just as there are great kids at other Hartford schools. There are great teachers at Capital Prep just as there as great teachers at other Hartford schools—teachers who quietly give kids rides, buy them winter coats, snack food they will never be reimbursed for, yearbook money, and class parties—all without a national media platform to pat them on the back. These teachers reflect and keep on trying. And they don’t look down on the teachers in their district who work in schools entirely filled by kids from the neighborhood.

I’m back in the classroom now. I was hired at a progressive New York City prep school on the Upper West Side and began in August. My new head of school has been proclaimed a ‘hero educator’ by Diane Ravitch.

Ebony Murphy-Root is a humanities teacher on the middle school faculty of a progressive school on the Upper West Side in New York. Follow her on Twitter at @therealmsmurphy.