The CEO of Charter Schools USA puts his yacht, Fishin’ 4 Schools, up 4 sale 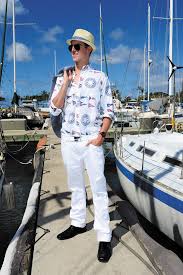 Have you ever encountered a story so sadly tragic that you were forced to break your own rule regarding pre-noon winebox decanting?  I have… Hankies at the ready, reader, for we are *going there.* I’m talking about the super sad true tale of Charter Schools USA founder and CEO Jonathan Hage and his wrenching decision to part with his yacht: the aptly named Fishin’ 4 Schools. In other words, onto every teak deck a little salt water must spray. It’s time to don your stripes, reader; we’re goin’ fishin’.

Gone Fishin’
Our story starts in a locale from which so much excellence and achievement springs these days: Florida, USA. That’s where Hage, who runs one of the country’s largest networks of for-profit charter schools, and his attorney/first mate, Edward Pozuolli Esq., registered their yacht, Fishin’ 4 Schools, along with an LLC of the same name. (Major shout out to Coral Springs columnist *Sharon Aron Baron* for dragging this story out into the Florida sunshine.) 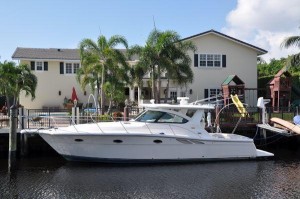 Double or nothin’
Now as you no doubt recall from your own summer idylls floating off of the French Riviera, *Fishin’ 4 Schools* belongs to a figure of speech that the French know fondly as le double entendre meaning that it means two things at once. Hage and Pozuolli’s handsome vessel is literally fishin’ for schools of fish unlucky enough to be lingering in the depths off of Florida’s Gold Coast. But the fast-growing charter chain is also fishin’ for schools. Charter Schools USA currently operates 58 schools in 7 states and has ambitious plans to reel in many more in the coming years. And both kinds of fishin’ involve *chartering*—or for our purposes, *charterin’.* 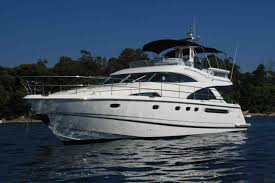 Doing gr8 by doing good
Speaking of schools, Hage and Pozuolli belong to one that I think of fondly as the *Doing Gr8 by Doing Good* school. In their fiercely urgent drive to bring outstandingness, excellence and achievement to Florida’s little ones, the two men are also doing, ahem, rather well by themselves. Just how well? Consider Charter Schools USA’s recent fishin’ trips for the financing needed for the company’s aggressive expansion plans; since 2010 Hage et al have hauled in more than $200 million in financing. And as the excellent Florida blogger Bob Sikes documents on his Scathing Purple Musings, all that bank has enabled the company and its captain to do things like run TV advertisements for one of their charters, while conveniently forgetting to mention its *F* grade. And don’t forget all the love that Hage has laid on GOP politicians. 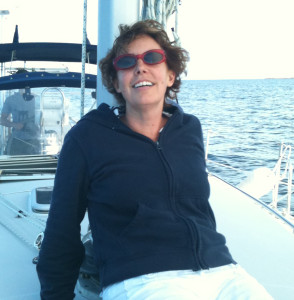 A gratuitous picture of EduShyster aboard The Edupreneur.

Gravy Boat
Alas, Fishin’ 4 Schools was recently listed for sale for a cool $350K. Which means that your dreams of charterin’ this particular craft are officially on hold—unless you happen to be one of the wealthy Russians to whom Fishin’ 4 Schools is being advertised. In the meantime, I’m willing to bet that there is almost certainly another vessel in the future of our Florida charterin’ execs. Which leads us to today’s $200 million question: what should Hage and Pozuolli call their next yacht? How about *Gravy Boat*? Or maybe *Cur-n-sea*? Or there’s always *A-crewed-interest.* Just keep away from *The Edupreneur*—it’s taken…