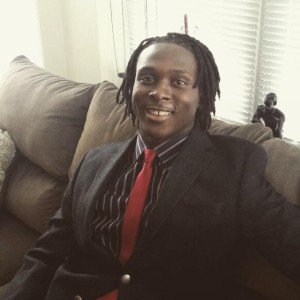 When I was in sixth grade I attended the Academy of the Pacific Rim. I went through a lot during this time. My mother and father got a divorce, and it was kind of hard on me. I didn’t know what was going on. This was the first time I’d gone to a school that was really challenging. The hours were from 7:40AM to 4:10PM everyday. I was just coming from elementary school, and the hours just seemed absurd. I wasn’t used to getting up that early or to being in such a strict school, and by the first couple weeks I was in trouble. On top of that, I had an IEP and I didn’t get a lot of help. At a young age I was diagnosed with autism. I didn’t speak until I was three and a half. I was in speech therapy for eight years.

Demerits, demerits
Do you know how the demerit system works? There are a lot of ways to get a demerit. If your head is down, that’s a demerit. If you’re not paying attention, or talking, that’s a demerit. If you’re slouching, that’s a demerit. They said *it’s not scholarly to slouch; you can’t learn that way.* I slouch all the time, and I’ve still learned a lot… Getting demerits gives you detention, and if you get 15 demerits or more in a week, that’s Saturday detention. For some people the strictness worked really well, but for me, I got detention every day. And when I had detention, I didn’t leave school till 6:00 at night. There was a merit system too, but I never got a merit. The vibe I got was that *if you’re not the student we want you to be, you’re not going to succeed here.* I hated school. 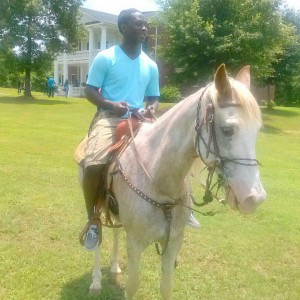 *Maybe I’m a bad kid*
In elementary school, my teachers loved me. I got in trouble sometimes, but I’d never been suspended or anything. But it got to a point where I was in the dean’s office every day. It was a rough time, and with all of the detentions I started to think *maybe I’m a bad kid.* One day I was coming home from detention and it was really late and I got robbed by a couple of kids. That made me nervous, and after that—I’m not going to lie—I started carrying a pocket knife on me for protection. And I thought *hey, I’m bad.* The school found out and told me that I couldn’t stay because I was a menace. That was in April.

It was a rough time, and with all of the detentions I started to think *maybe I’m a bad kid.*

The last stop
I was put in an alternative school called Compass, and the experience kind of traumatized me. Compass is the last stop before you go to jail. There were gangs. There were kids getting arrested inside the school. There was really nothing going on for these kids. I was the youngest kid—I was 11—and I was in class with fifteen year olds and sixteen year olds. My personality changed after being at that school—I was on the bad side for a little bit. It took me a while to realize that I’m a normal kid. I ended up at Lewenberg Middle School, which closed down, then turned into Young Achievers. 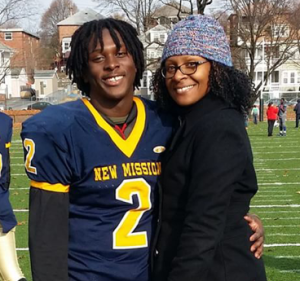 My old self
After being back at a normal public school for a while, my old self started to come back again. I started being productive and getting good grades. I started making honor roll and taking honors classes and AP classes. I was in a school where people believed in me and said: *You can do this. You can go to college.* They were uplifting me, and that was all I’d really needed from the beginning. Every single person in my class is going to college. I got accepted to seven different schools, and I’m going to be attending Hussen University in Bangor, Maine in the fall on an academic scholarship and playing college football. I don’t think that would have happened if I’d stayed at Academy of the Pacific Rim.

Fight for what you know is right
I don’t think any child is bad. I think they have to know who they are as individuals and what their goals are, no matter what’s going on—no matter what the teacher says about you, or the principal says about you, no matter how hard it is in class. Keep on persevering and fight for what you know is right. For teachers, if you know that the way you’re teaching is causing stress to children, you should change that.

Steven Thomas is a member of the class of 2015 at New Mission High School and an education intern at Massachusetts Jobs with Justice.