Boston parent Lisa Martin was determined to keep her son from attending the Boston Public Schools, but now she’s urging parents to vote against Question 2. What changed her mind? 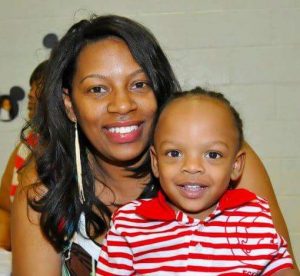 By Lisa Martin
Many people have asked me why I am voting no on Question 2.  The answer is both simple and complex. I believe that all children are entitled to a quality education, and no child is entitled to a better education at the expense of another. I feel compelled to share my perspective because my son has been a student in both charter and district schools, and I’ve worked in both. I can recall thinking that there was absolutely no way my son would ever attend Boston Public Schools.  No matter what it took, I was determined that he would attend a charter, a private school, or attend a suburban school through METCO.  I remember racing around with friends to drop off applications at  every charter school that admitted kids starting at K1.  I attended the lotteries of several schools and prayed that my son was one of the lucky few plucked from a lottery of hundreds of wishful families.  It felt hopeless but finally we hit the lottery.  I was ecstatic for about 10 seconds.  Then I realized that my friend’s son hadn’t been selected.  It didn’t seem fair.

I received a call from the charter school on my son’s very first day.  On the second day, I was asked by an administrator if anyone had ever evaluated him for ADHD.  I was called every day for a week, and by the fourth day I was told to pick my son up because he was disruptive. He had difficulty during transitions.  He cried when he wasn’t called on.  He spoke out of turn.  He was 4 years old. When I asked why it was necessary to keep him home the following day, the response was essentially: *we’re not obligated to teach them until they’re 6, so we’d rather send them home than deal with them.* Keeping your kid home is a nice way of not saying *suspension.*  Suspending children at this age should raise red flags for any parent.

Over the course of the year, his self-esteem began to suffer.  There was a lot of *I can’t,* *I’m not smart enough,* and *the kids say I’m bad* coming from my formerly confident child.  I went to his school for a class gathering and realized that my son was isolated from the other children.  His desk had been moved away from them during the first week of school and never returned.  He was permanently branded *bad.* This was reinforced by the teacher when she would publicly clip him down in front of the class. He would cry and declare that he would *never be a scholar leader,* a sentiment echoed by other children in his class who didn’t meet the expectations of their teacher.

I come from a large family and have always loved teaching—there is nothing more rewarding than witnessing a child’s mind grow.  So I was overjoyed when I was hired at one of Boston’s best charter schools as an associate teacher. I lasted two months.  I was pulled aside and told that I didn’t write kids up enough. What did they do? Some children didn’t look up immediately when I called for their attention, they didn’t *track* the teacher, or were guilty of  other minor infractions. Writing students up starts with calling a parent but eventually leads to suspension. (If you don’t know why this is problematic, please Google *school to prison pipeline.*)

The hours were long.  The pay was awful.  But it was the way the children were treated that troubled my spirit.  When I asked my mentor teacher when I should try taking my state licensing exams to fulfill the goal of licensure during my associate year, she replied: *I don’t know.  I never took those tests.*  I was shocked.  As a parent of a child who was beginning to read, I was also concerned.  Teaching literacy is, in my opinion, the most important facet of an educator’s job.  If children can’t read at grade level by grade three the consequences are dire.  Then I realized charter school teachers do NOT need to be licensed.  And they aren’t doing a great deal of teaching. Don’t be fooled by test scores. They give assessments, look at where students struggle, then re-teach and assess again. What’s wrong with re-teaching? It seems innocent enough.  The problem is that they aren’t doing it to help students.  They are doing it to make sure that they are able to perform well.  And if the students can’t perform, the schools will find a way to get them out and back into the district schools.

When I left my charter school, I moved immediately into Boston Public Schools.  I worked for the rest of the year at a wonderful school that had just received notice that they would be closed due to budget cuts.  The impact on the children and staff was devastating.  For many of these children, school is the only stability they have.  And it was snatched away.  As I worked in different classes, covering for teachers who were searching for new positions, I realized that the curriculum was the same but my new colleagues were better educators.  The children were also allowed to learn and play in a way that they weren’t at the charter school I’d left.  Without opportunities to socialize children don’t develop the social skills that they need.  That’s what too many charter schools miss.  If you stifle the voice of a child for too long, they may never find it.

The children were also allowed to learn and play in a way that they weren’t at the charter school I’d left.  Without opportunities to socialize children don’t develop the social skills that they need.  That’s what too many charter schools miss.  If you stifle the voice of a child for too long, they may never find it.

My son left his charter school after one year.  He attended the Nathan Hale Elementary School in Roxbury for the later part of K2.  He had a tough time transitioning at first.  He told his principal that she was supposed to call me to bring him home when he was bad.  She told him that he would not be going

home.  He was in school to learn and that was the end of that. He went from not reading much of anything to being on grade level in three months.  His class had 21 students, much to my horror, but his teacher managed it very well.  The teachers worked with him and for him.  I had no clue that this gem of a school was nestled in the heart of Roxbury.  Some of our children may need tough love but they certainly don’t need to be broken like animals and retrained to fit a mold.  Care, custody, and control is a prison mission, not the mission of a school.

Despite my personal experience with charter schools, my main opposition to Question 2 is what the addition of more charter schools takes from the district.  They keep airing the commercial that says there are 32,000 students on waitlists trapped in failing schools.  Those numbers don’t disappear by suddenly raising the cap. Many children will remain on waitlists and in district schools that are far worse off. These *unfortunate* students will still be in BPS facilities with crumbling infrastructure, overcrowded classrooms, and deep cuts to programs like art, theater, science, and early education. Meanwhile charter schools are popping up across the street with beautiful new, or newly renovated buildings.  Raising the cap will devastate our schools and push us towards more charter schools.

Many people think Question 2 is about giving parents a choice.  There is no choice.  Your child enters a charter school with the luck of the draw.  That’s not choice.  It’s not a guarantee.  It’s a wish. The waitlists will remain incredibly long.  Parents are flocking to charter schools because they believe they will be better for their children.  They have the same visceral reaction to the Boston Public Schools that I did.  They believe the myth that Boston Public Schools are awful when in fact we have some fantastic schools.  We just don’t have enough of them…yet.  I realize now that we only hear the good about charter schools and the bad about district schools.

We need to believe in our schools.  The one certainty in raising the cap is that our district schools will suffer.  Our kids will lose.  I am not willing to gamble on our future leaders.  We can all agree that district schools have a long way to go but that fight is not here.  THAT fight is with the Legislature.  On November 9, no matter the outcome of this vote, we should all be preparing to fight for more funding for our schools.  True choice will come when the students of Boston have tier one and two schools in their neighborhoods to choose from.  We need to support our schools and fix what isn’t working.

Lisa Martin is the mother of three children: Kyle, Lila and Bromley.  She is a community advocate, groomed by her grandmothers to fight for others.  Among her areas of interest are education reform, criminal justice reform, reentry services and family reunification for incarcerated persons, and voter disenfranchisement.  She is looking forward to pursuing a graduate degree in rehabilitative counseling. Follow her on Twitter at @LisaDiane275 or email her at lisadmartin003@gmail.com.