As an aspiring teacher and a history major, I’ve become fascinated by teacher education, past and present. Which is why I decided to embark on a close reading of Doug Lemov’s Teach Like A Champion. The book, and its teaching techniques, looms large for any teacher who works in an urban school. Not only has the TLC model of teaching become a fixture of most *high-performing* charter school networks, but it is increasingly making its way into urban school districts as well. And that’s just the start. Teach Like a Champion’s approach also underlies broad efforts to transform the way teachers are educated, forming the *backbone of instruction* at an expanding number of charter-school-owned teacher education centers like Relay Graduate School of Education and Match’s Sposato School of Education.

As I was reading Teach Like A Champion, I observed something that shocked me. The pedagogical model espoused by Lemov is disturbingly similar to one that was established almost a century ago for the express purpose of maintaining racial hierarchy.

Teach Like A Champion advertises 49 discrete techniques that teachers can master to raise student achievement and help increase their students’ college readiness, with a strong emphasis on classroom culture and shaping student behavior, down to the most minute actions. As I was reading Teach Like A Champion, I observed something that shocked me. The pedagogical model espoused by Lemov is disturbingly similar to one that was established almost a century ago for the express purpose of maintaining racial hierarchy. Like Teach Like a Champion, this initiative was implemented largely through teacher education and funded and directed entirely by wealthy white businessmen and industrial philanthropists. 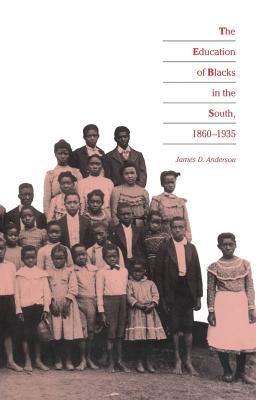 At the turn of the century, state legislatures established public Normal Colleges for white teachers that gave them four-year liberal-arts training, along with white-collar work skills like typing and telegraphy. 1 By contrast, the guiding Southern ideology concerning Black education was based on Samuel Armstrong’s *Hampton Idea*: freedpeople had developed far too great expectations about their role in society by holding office and attending liberal-arts colleges. Public schools should therefore teach children in such a way as to acclimate them to *the lowest forms of labor in the southern economy,* preparing them for social, economic and political subservience. Moreover, this work of adjusting children to such low expectations was to be carried out by Black principals and teachers (Anderson, p. 36). Wealthy Northern businessmen like Robert Ogden, John Rockefeller and George Peabody poured funding into Armstrong’s Hampton Institute and Booker T. Washington’s Tuskegee Institute (modeled on Hampton), where Black teachers spent the majority of their time performing manual labor (Anderson, p. 86).

Although the schools claimed to offer industrial training, teachers did not learn skilled labor that might earn them or their students higher-paying jobs. Instead teachers were supposed to learn behavioral norms like self-discipline, obedience and diligence from their arduous manual labor routines, which they would then pass on to their students (Anderson, p. 55). When they did do academic work, every student took Armstrong’s *Political Economy* class, where they learned that racial inequalities were *not oppression of a weaker by the stronger* but rather *natural difficulties* (Anderson p. 52).

Placed in their proper racial context, the Teach Like A Champion techniques can read like a modern-day version of the *Hampton Idea,* where children of color are taught not to challenge authority under the supervision of a wealthy, white elite.

Comparing this training with that of white teachers, it is clear that white corporate and political leaders designed Black education hoping to inculcate a set of behaviors and values that would tether students to a certain economic status. In the new capitalist social fabric, white teachers were educated to bring sophisticated writing and speaking skills and rigorous academic content to their students in order to train them to be business managers and civic leaders. Meanwhile, Black teachers and students were taught that menial labor was their natural birthright. The result was a severe lack of academic training available to Black teachers—and, consequently, their students—which devastated Black secondary schools well into the 1950s and 1960s.

Back to the future
Today, largely white philanthropists pour money into charter schools that place a high value on order, efficiency and discipline, serving children who are almost entirely Black and Latino/a. These wealthy elites are increasingly invested in teacher-training and pedagogy as a means of enacting their vision for minority children. Most disturbingly, this vision heavily emphasizes behavioral norms that are eerily similar to those used a century ago to preserve social hierarchy and prevent students from challenging injustices done to them by the powerful. Every detail of students’ behavior is scrutinized and corrected, even that which would seem to have little to do with children’s academic performance.

For example, in the following video (narrated by Doug Lemov), a new teacher rehearses how she will teach her kindergartners to stand up, telling them exactly how they should move and insisting that they smile at the same time.

Racialized pedagogy
In the 2010 edition of Teach Like A Champion, Lemov positioned himself as an objective, non-ideological observer above the fray of political debate, merely describing teaching techniques that best increase the objective measure of *student achievement.* At the same time, however, he likened his approach’s strict attention to behavioral norms to the broken windows theory of policing. In the 2015 edition, after this theory of policing had been condemned as the cause of police brutality toward African-Americans, any mention of broken windows policing is conspicuously absent.

Perhaps the most insidious aspect of Lemov’s claim that he is non-ideological is that it obscures the racialized nature of the pedagogy and the videos—something that should be a topic of public discussion and debate. It’s shocking that mainstream journalists and academics have paid so little critical attention to a work that is quickly shaping so many students’ and teachers’ realities. As far as I know, my essay, which you can read in its entirety here, is the only extended close reading of Teach Like a Champion that’s been done. (If you know of one, please contact me at the address below, but I looked pretty hard!)

Placed in their proper racial context, the Teach Like A Champion techniques can read like a modern-day version of the *Hampton Idea,* where children of color are taught not to challenge authority under the supervision of a wealthy, white elite. (It is worth noting that every member of Relay’s Board of Trustees is white.) Students are beginning to challenge such treatment. At Amistad High School in New Haven—an Achievement First school where teachers are trained using Teach Like A Champion—students organized mass protests this spring against the racially-hostile climate they feel their teachers and administrators have created.

One hundred years ago, Rockefeller, Ogden and Peabody understood that teacher training is an essential site for the formation of racial power dynamics. Teach Like A Champion could have a similarly profound impact today.

1 In the following passages, I rely heavily on Schooling the New South by James Leloudis and The Education of Blacks in the South, 1865-1935 by James Anderson, two books I highly recommend.

Layla Treuhaft-Ali is a rising senior studying history at Yale College, with a focus on the history of American education. After graduation, she intends to pursue a career teaching in an urban public school. You can read the full version of *The Power of Pedagogy* here. Contact her at layla.treuhaft-ali@yale.edu.