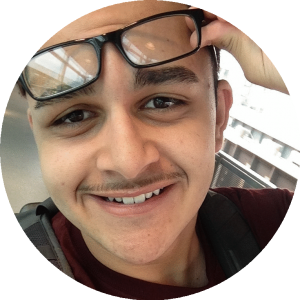 Boston Community Leadership Academy is very unique in that it has a mission to expose students to community service and focuses a lot on leadership. Students have a community service requirement in order to graduate, but many of them end up taking that requirement above and beyond and really becoming a leader. That’s the reason why when students first heard about the budget cuts back in January, we took it as an opportunity to fight back. That’s what we’ve been doing for months now. We’ve been speaking out at the School Committee, speaking directly to our city councilors, contacting the superintendent and protesting.

Our school has taught us that if you follow this path of leadership and you act as a leader and say what you believe in, adults will hear you and ultimately you’ll be able to bring about change. That didn’t happen in this circumstance, despite the fact that we had so many students protesting and voicing their opinions. Our voices were heard, but they were ignored.

Our school has taught us that if you follow this path of leadership and you act as a leader and say what you believe in, adults will hear you and ultimately you’ll be able to bring about change.

When superintendent Dr. Tommy Chang came to our school in February and saw what we were doing, and attended some classes and talked to students, he told us that he was so impressed by the school. We told Dr. Chang about the staff cuts and the classes we’ll be losing, and he told us how disappointed he was about the budget cuts. At the end of his visit, in front of six to eight students and the headmaster, he made a promise to fight to at least save the Leadership Coordination Program. It didn’t turn out that way. 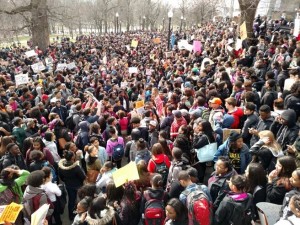 Students felt very hopeful a couple of weeks ago. We were very hopeful when we heard that the Mayor was pushing to revise the budget after we walked out. We were hopeful at my school that we’d regain our librarian, our SAT prep program, the classes we’re losing, our Leadership Coordination Program. But with the revised budget proposal, BCLA is losing more than a half million dollars. This whole school is founded on community leadership, and when you take that away we’re no longer the Boston Community Leadership Academy. We’re just Boston Academy.

When students at BCLA heard about the budget cuts and what was going to happen to our school, some of us asked if this wasn’t an example of institutionalized racism. We looked around at the districts surrounding Boston, where these kinds of cuts aren’t happening. We saw that it’s only happening here. And if you analyze the demographics of the Boston Public Schools, you realize that white students are the minority and that the district is overwhelmingly Black and Hispanic. We see these facts and we start to wonder if it’s racism.

Call me insane but I have a theory. It seems like BPS is setting up schools like mine by taking away the resources that have made us successful. They’re ultimately setting us up for failure.

Call me insane but I have a theory. It seems like BPS is setting up schools like mine by taking away the resources that have made us successful. They’re ultimately setting us up for failure. And once we reach that point where students are not doing as well in school and they’re failing the exams, then BPS will sweep in and say *It seems like BCLA isn’t working out. Why don’t we create a charter school here?* But BCLA has been working out for the last decade. We have results. We’ve reached what the district wants us to reach, and now that we have succeeded and have many great students and great staff who have built a great school they’re taking away some of the resources that made our school great. By taking away these resources, students will be set up to fail. I saw that with the old middle school I attended, the Gavin, which no longer exists, and with many other schools. It’s a pattern.

Bilal Lafta is a senior at Boston Community Leadership Academy. He hasn’t decided where he’ll be attending college yet, but has received full scholarship offers from Brown and Dartmouth.