My source says no… 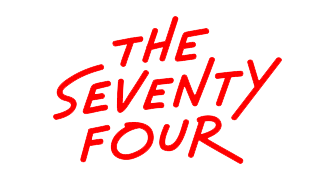 Reader: I j’adore investigative journalism. Which is why I was beyond excited to learn that Campbell Brown’s new edu-venture, The 74, will include an investigative component. After all, at a moment characterized by the movement of massive sums from public to private hands, perhaps no *space* cries out for investigating like education. But then a tip arrived in my inbox that made me sad. A reporter who interviewed for a job at The 74 reported that The 74 will not be investigating charter school scandals. Could such a thing really be true? It was time for me to investigate…

Rule number one: provide context
First: a bit of context. The 74 refers, of course, to the 74 million children in the US under the age of 18. The 74 also refers to a new venture, backed by some rather same old funders, aimed at bettering the conversation about our failed and failing schools, and at last freeing the debate from *misinformation and political spin.*  But unlike other similarly funded ventures also aimed at conversation bettering, The 74 will be different. *Our stories are backed by investigation, expertise, and experience. The Seventy Four’s reporting aims to challenge the status quo, expose corruption and inequality…*

Except that when my source, an education reporter at a metro daily in New York, interviewed for a potential job at The 74, said source was told, well, I’ll let said source say it:

Rule number two: always follow up on tips
Said source thought that this sounded *sketchy,* and I concurred. Which is why I did what any aspiring investigative journalist would do. I googled The 74, found the *contact us* link and sent a query paraphrasing what I’d been told into the ether. And it wasn’t long before I got a response from one of The 74’s PR representatives. *Call me when you have a moment.* My investigation was off to an outstanding start. 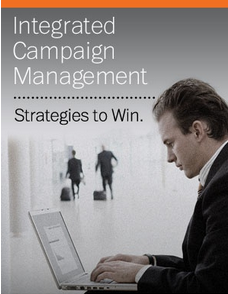 Mercury. Mercury. Where had I heard that name before? There was the planet, obvi, and the chemical element with symbol Hg and atomic number 80, and there was—of course! It was all coming back. Mercury. is handling the anti-union communications vs. the Alliance Charter School teachers in Los Angeles who are attempting to form a union. Including documents like this one intended to *educate* parents. And they were the same firm that Walmart dumped after a Mercury. senior associate impersonated a reporter at an anti-Walmart event. But what’s a little misunderstanding between friends? The important thing was that Mercury. partner Stefan Friedman had agreed to talk to me.

Rule number four: off the record means off the record
Alas I cannot reveal the contents of our conversation as it was off the record, save to say that it was somewhat testy and hinged on a largely existential debate regarding whether some facts contain more truth than others. (Note: I was arguing the *con* side…)

Rule number five: If you make an enormous pest of yourself, eventually you will get a response
Three weeks, 15 emails and one off-the-record conversation later, Stefan and I seemed to have reached a place that is known in the *business* as a Catch 22. He didn’t want to make a statement regarding the veracity of my source’s claim unless my source was willing to name him or herself. My source was unwilling to do so because, well, *career suicide* would be the polite way to put it. And so around and around we went. Until last Friday, COB, as it is also known in the biz, on the eve of The 74’s launch, when this arrived, post-worded for today.

As is crystal clear from the varied content that went live today, the reporters and editors at The Seventy Four will follow every story wherever it takes them – whether that be as part of a breaking news story or a long-form investigative piece. Any suggestion to the contrary is patently incorrect. Luckily for readers, now that we’re live, anybody interested in education no longer has to depend on unnamed sources to tell them what our site is and isn’t – they can come and see for themselves.

Rule number six: the proof of the pudding is in the eating 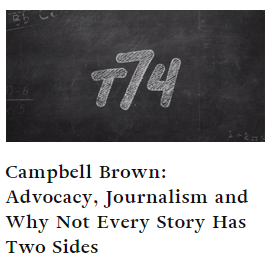 So there you have it, reader: a story that ends, like so much journalism, with a case of s/he said vs. he said. If only there were a way to approach journalism differently, like from the point of view that not every story has two sides, as Campbell Brown explains here in this rather tortured explanation of the difference between advocacy and journalism. Here’s how Brown puts it: *I have learned that not every story has two sides. And I will not allow for false equivalency when a child’s future is being compromised, regardless of the vitriol it provokes.* So does this mean that The 74 won’t cover charter school scandals, as my source alleged? Let’s just say that I’m not hanging up my investigative hat just yet…