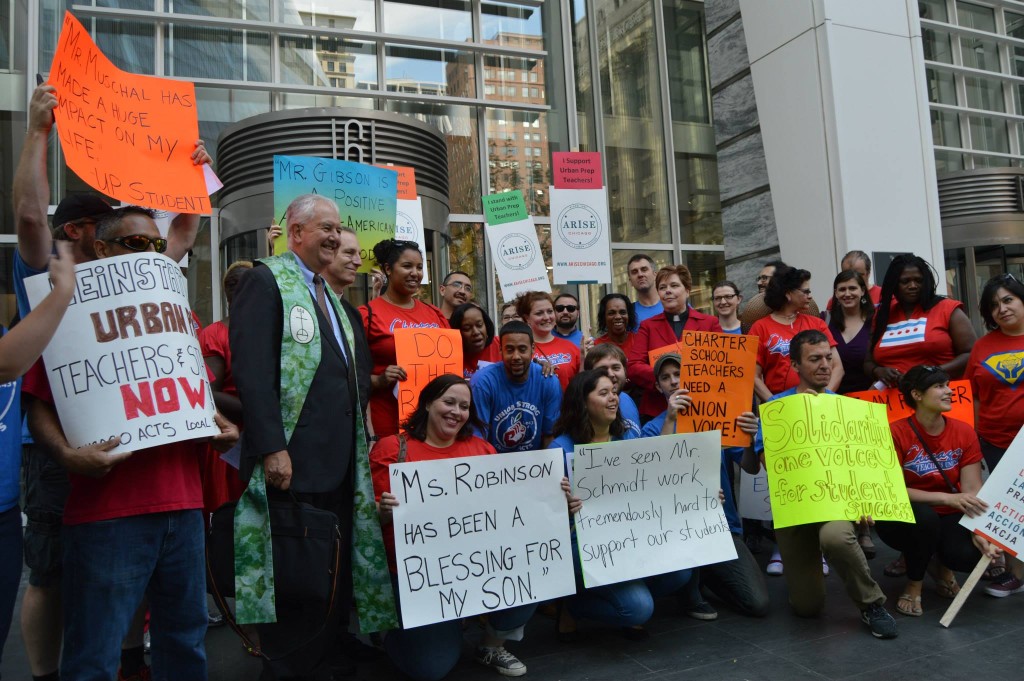 It’s back to school season, reader. Which means that all over the land teachers are returning to their classrooms, armed with the $513 worth of school supplies they purchased with their own money. Well, not all over the land. Sixteen Chicago-land teachers at Urban Prep Academies won’t be returning to the charter network this fall because they were suddenly let go at the end of the school year 🙁 Note: the firings had absolutely nothing to do with the fact that almost all of the no-longer-working-at-Urban-Prep-teachers were involved in a successful effort to form a union.

Picture yourself…looking for a new job 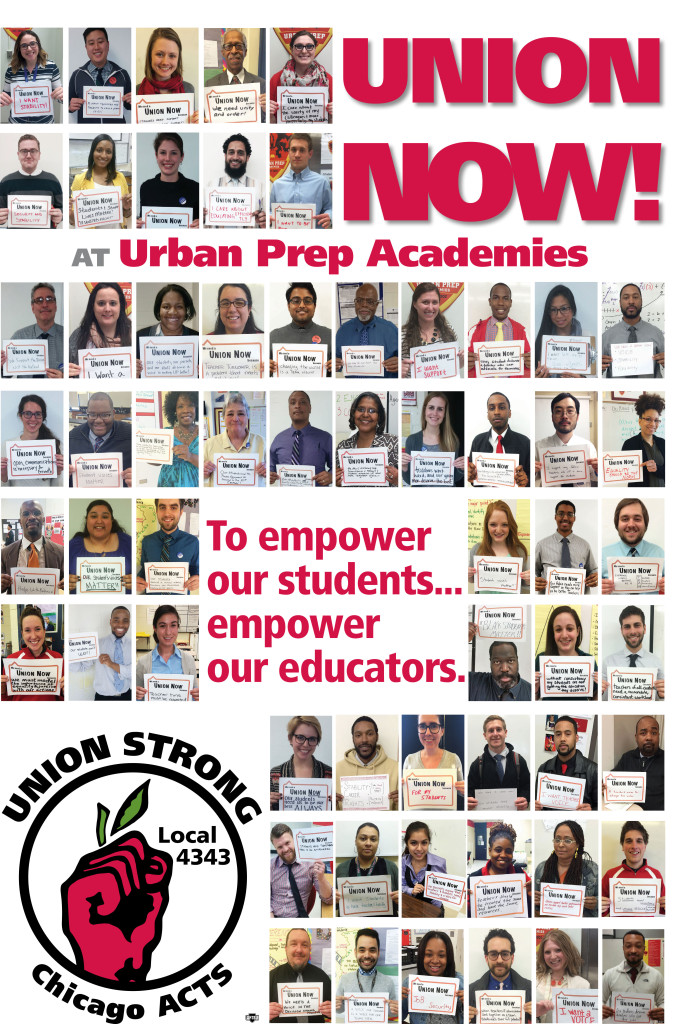 Regular readers will recall that we first encountered the teachers-turned-union organizers at Urban Prep last spring. As they explained here and here, the teachers decided to form a union to redress what they saw as a serious problem: Urban Prep administrators’ lack of accountability to, well, anyone. So on June 3rd, a majority of teachers voted *yes* to having a union in a secret-ballot election. But instead of our story ending here, this is the point at which we stumble onto the treacherous shoals of labor law. You see, it took the Labor Board weeks to certify the results of the election due to large number of ballots that school administrators were contesting. And during this *grey area* period when the new union wasn’t yet officially official, Urban Prep fired sixteen teachers. Hows come? Well, because they could. Administrators are arguing that until the exact moment that the union becomes official, they are allowed to do whatever it is they feel like doing. Which would seem to be an example of exactly the kind of asshole-ish behavior that prompted teachers at the charter network to form a union in the first place.

You’re fired! And so are you…
So who were the teachers who were shown the door on the very last day of 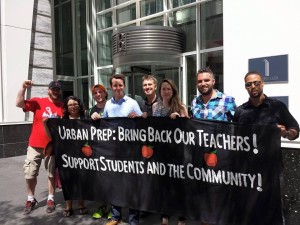 school? Well, almost all of them can be found on pro-union flier above. Several were among the most senior teachers at Urban Prep; 80% were African American, in a network where teachers are overwhelmingly white. Some teachers were given no reason for their sudden termination. Then there is Mathias Muschal, chair of the English Department, who helped to found Urban Prep’s newest campus in Chicago’s Bronzeville neighborhood. He was fired for holding a pizza party for the track and field team he coaches. *The official reason was insubordination. I was told that the party was indicative of my disdain for leadership and an act of aggression because I failed to notify the administration about it ahead of time,* Muschal told me. He believes that the real reason for his firing had to do with his outspoken support of the union effort. When Urban Prep administrators held repeated meetings with teachers throughout the spring, at which they urged teachers not to unionize, Muschal pushed back. *CEO Tim King doesn’t like that I’m so outspoken,* says Muschal. As for the illegal party, Muschal says that if Urban Prep has an official policy that administrators be notified when students and parents gather for pizza, he was unaware of it. *I didn’t invite leadership because they didn’t show up for a single track meet this season.* 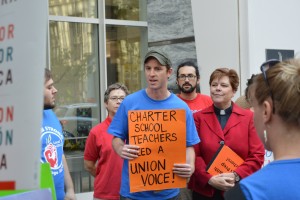 So what happens now?
Remember the treacherous shoals of labor law, well it’s time for us to navigate them once more. The Chicago Alliance of Charter Teachers and Staff, which now represents teachers at Urban Prep, has filed unfair labor practices over the firings of all 16 teachers. Separate charges have been filed on behalf of Muschal and two other teachers, alleging that they were fired for union activity. In the meantime, members of the new union have been trying to get Urban Prep to bargain with them over the firings, sending letters and delegations to the network’s headquarters. And in recent weeks, teachers and community groups have held rallies, calling on CEO Tim King and board members to reinstate the teachers. To which the official Urban Prep response has been…crickets. Except for Urban Prep board member Mary Patillo, who recently bemoaned the decline of the Black teaching force in Chicago to WBEZ. *When you have big teacher layoffs or you have a decline in the number of black teachers, that could destabilize some of the neighborhoods that are most well-known as Chicago’s black middle-class neighborhoods.*

And now, for some trend spotting
So what have we learned today, reader? That when teachers band together to push for change in systems where all of the power rests in the hands of their bosses, they can end up on the receiving end of some of that power. Yet despite this, I’m betting that we’re going to be seeing a whole lot more of the kinds of organizing campaigns that the Urban Prep teachers embarked on. But don’t take my word for it. Allow me to introduce you to today’s final guest: charter school advocate Dirk Tillotson, founder of the New York Charter School Incubator. When I heard Tillotson speak about charter school unions this summer, he made a forceful case that more unions are inevitable, in part because the individuals who lead charter schools are so often *hard-charging,* or in common parlance *assholes.* Had I really heard him right??? Well, yes. Says Tillotson: *I do see more organizing in individual charters taking place over time, with the increasing push for ‘results’ combined with the hard charging attitudes of some charter leaders (who may or may not understand how to efficiently run a school or manage adults within one) tend to kind of just keep pushing mandates down on staff, and eventually—in some cases—those staff will organize.  Shite tend to flow downhill in poorly managed schools, and some teachers will just leave, but others may see the organizing as the way to create a dam.*

So there you have it…

Note: if you’d like to show your support for the fired teachers, send a letter to Urban Prep board members, demanding their reinstatement.